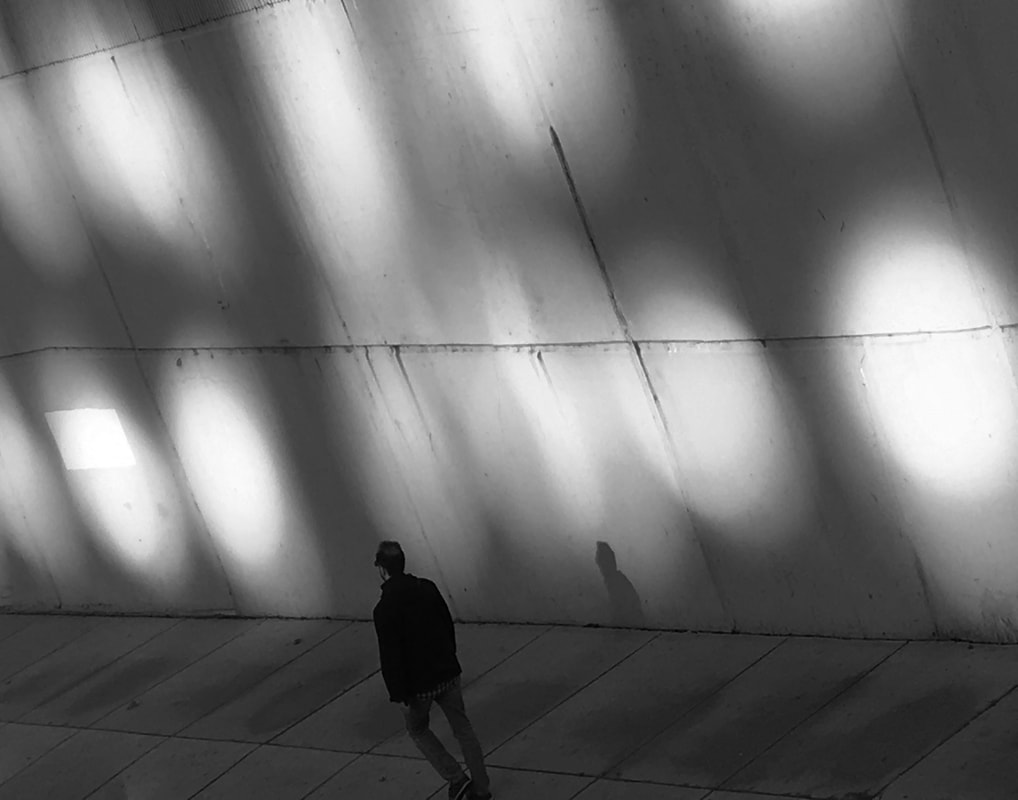 Caustic patterns projected off skyscraper glass in the low sun angle in January in the northern hemisphere.
A conceptual idea to bathe dark shadowed canyons in cities with soft reflected light using heliostats.
They've done it in the sunniest cities like Sydney, but NYC and Chicago really need a light bath.
​Especially on a solstice, we need light rejuvenation, not just at "Chicagohenge" or "Mannhattanhenge" moments.
Project Narrative:

To project light into dark urban canyons or in otherwise shaded areas, mirrors or reflective glass are placed at strategic locations on building roofs, treetops and mountains.

In the winter months at LaSalle and Monroe streets in downtown Chicago, the mid-day sun reflects off the blue glass of a building 100 feet north at LaSalle and Madison, and bathes the intersection with a soft light, almost like moonlight.

While skyscraper glass creates these moments naturally, it could be a more interesting event if people know when they occur, and over time make us more aware of the cosmic aspects, the power of the sun, and the possibilities in using it as a source of light during the evening hours.

The installation will promote a sense of awareness of solar energy and the astronomical aspects of the sun during specific times of the year, using sun angles at solstices and equinoxes. Could also make people more aware of solar energy.

Mirrors/Glass: Reflective surfaces positioned to refract light at specific celestial moments such as the winter solstice and the preceding and succeeding 6-week periods when the sun is at a low angle. (Refraction Zones could be set up in “mirror” locations in both the northern and Southern Hemisphere cities at winter solstice when the world is in shadow. These could be installed by local artists as a larger collective of refraction zone artists around the globe.

Solar panels collect energy throughout the day to power floodlights for evening light projections into the same locations. (Non-urban locations do not have floodlights as it may interfere with animal habitats.

Flood the intersections with soft, diffuse light similar to refracted sunlight and conceivably have a bluish hue, or to refract in the color of the glass used.

People all over the globe upload photos of refraction zones, with Geolocation and date/time information.

Local scouts will locate and record geolocations of refraction zones.

Architects/Engineers may be consulted to provide information on sun angles. Legal consultants would be necessary for coordinating proper access to properties where the heliostats are installed.

TBD. Custom-built solar collection and floodlight systems would involve fairly large arrays to power floodlights, although low-power can suffice to produce the same kind of ambient light as is produced by reflected sunlight. Estimated cost of one station is $1,000-2,000.
​

Here are a few images taken in the downtown area, when the low sun in the southern sky reflects off of skyscraper glass onto the street. This would be the effect of heliostats, although the reflections would move with the sun. 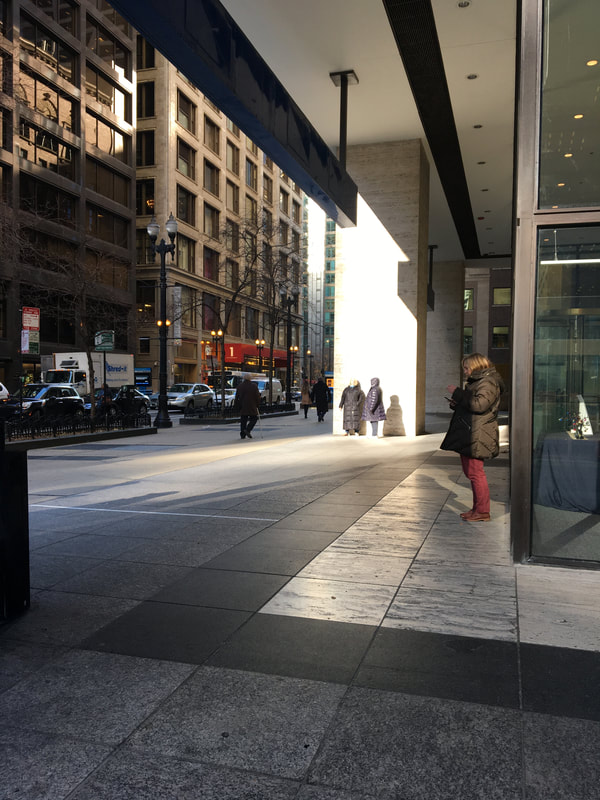 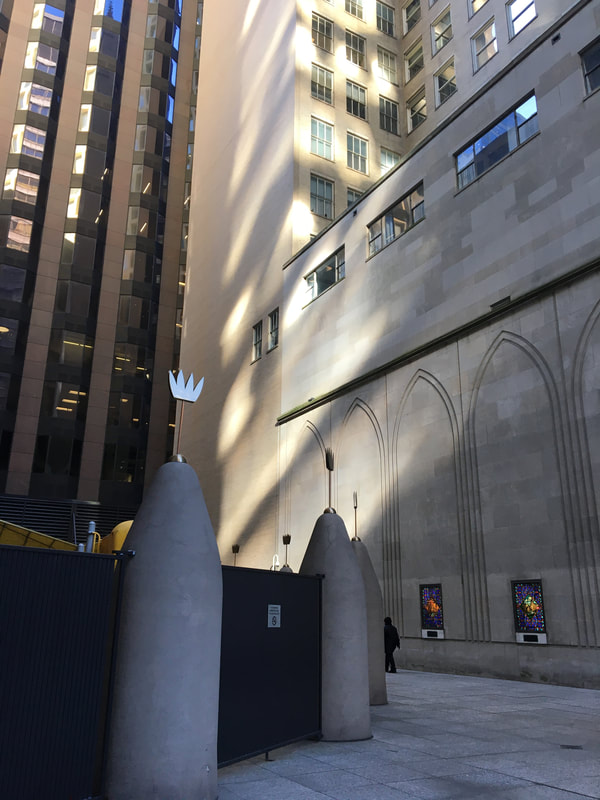 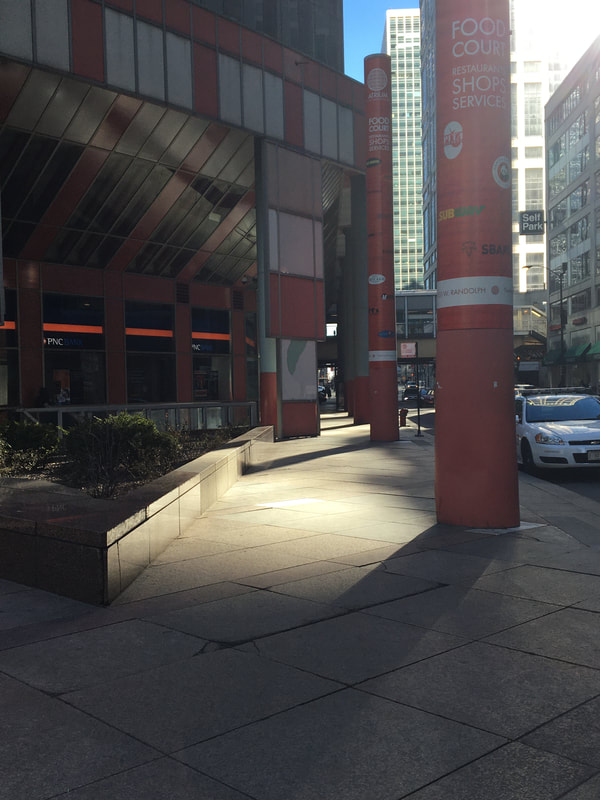 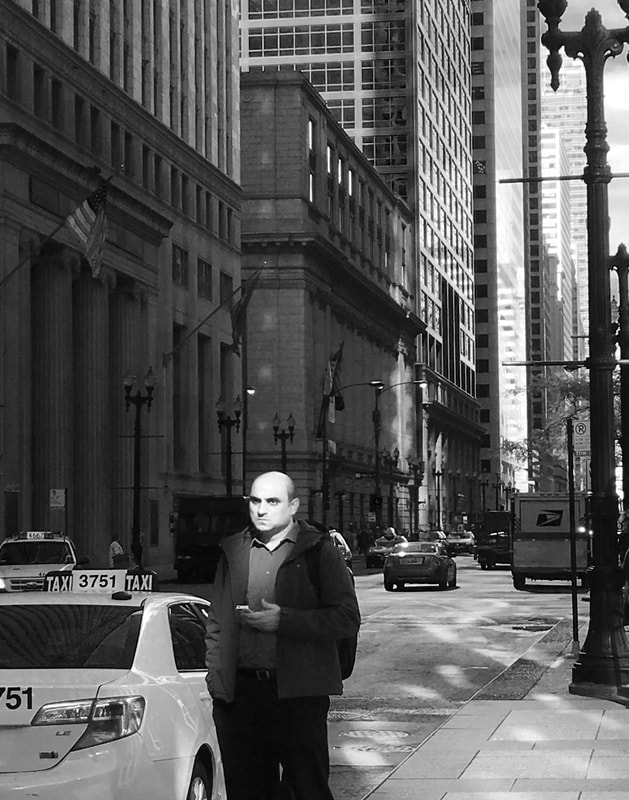