​This particular series has to do with the "deconstruction" of architecture, as a whimsical interpretation of the genre, and architecture itself, whereby shards are broken off and floated off into the sky, sometimes obscuring the sky altogether.

If cities grew unchecked it would be an endless network of dark canyons, with the occasional glint of sunlight reflected off the windows.

Modern culture is built by bits and fragments, that ultimately coalesce into huge structures, like tiny twigs to build big nests, as opposed to huge stone megaliths. Skyscrapers are really more like nests than obelisks, filled mostly with air. They are essentially skeletons, a metaphor Mies used to great effect, and has turned out to be useful in its depiction in photographic collage. 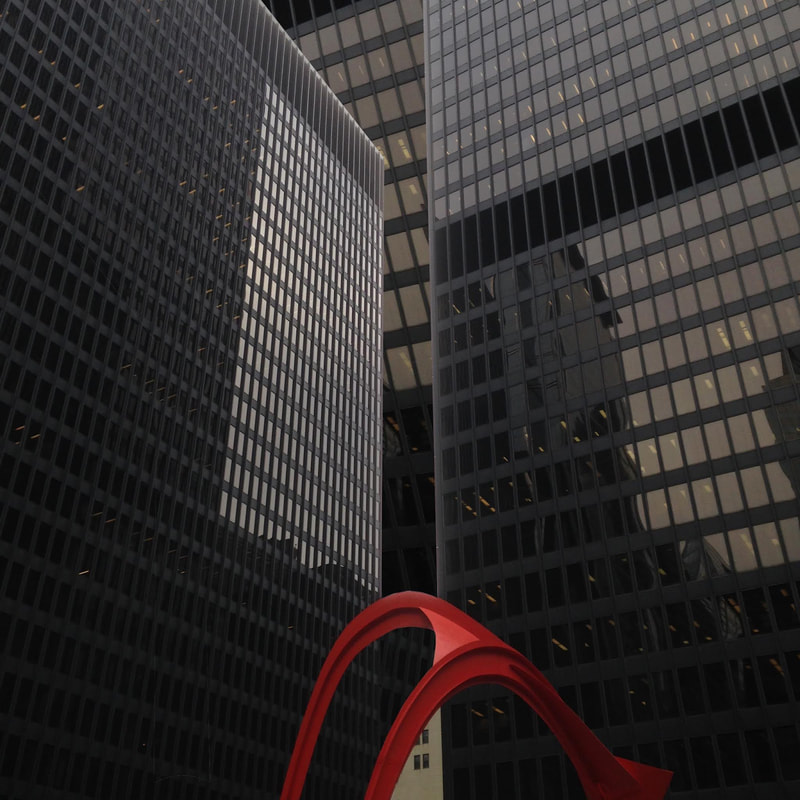 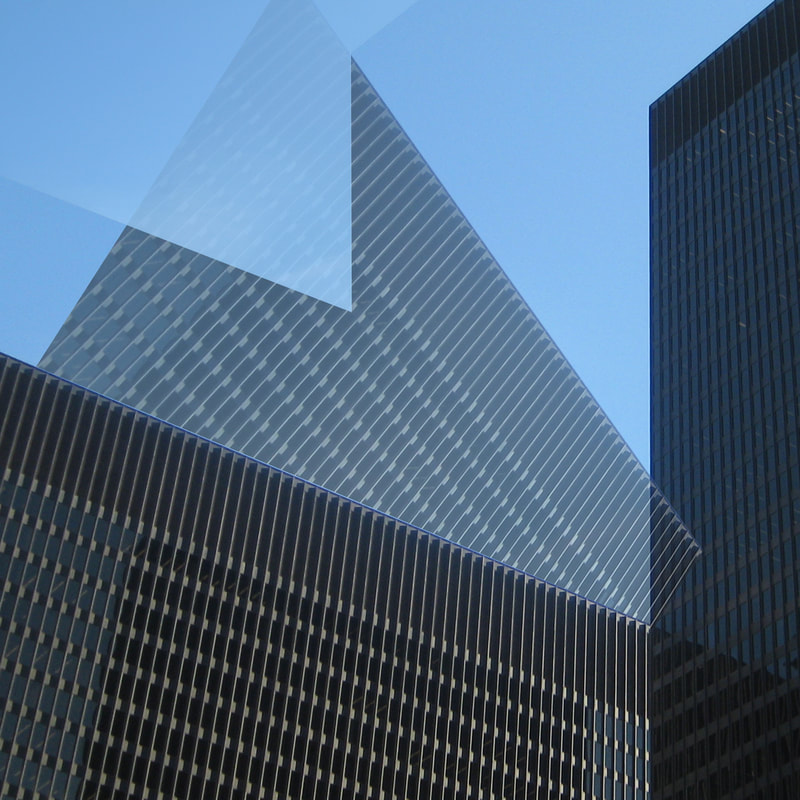 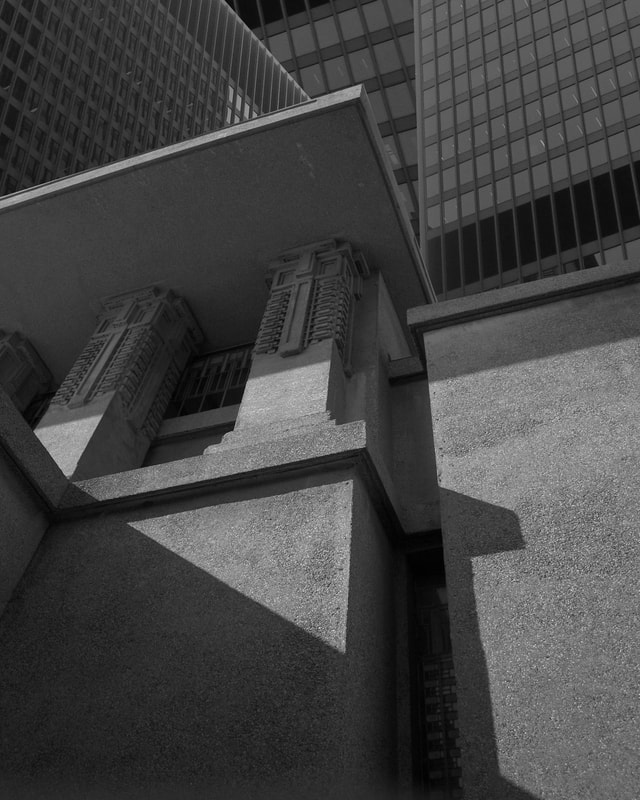 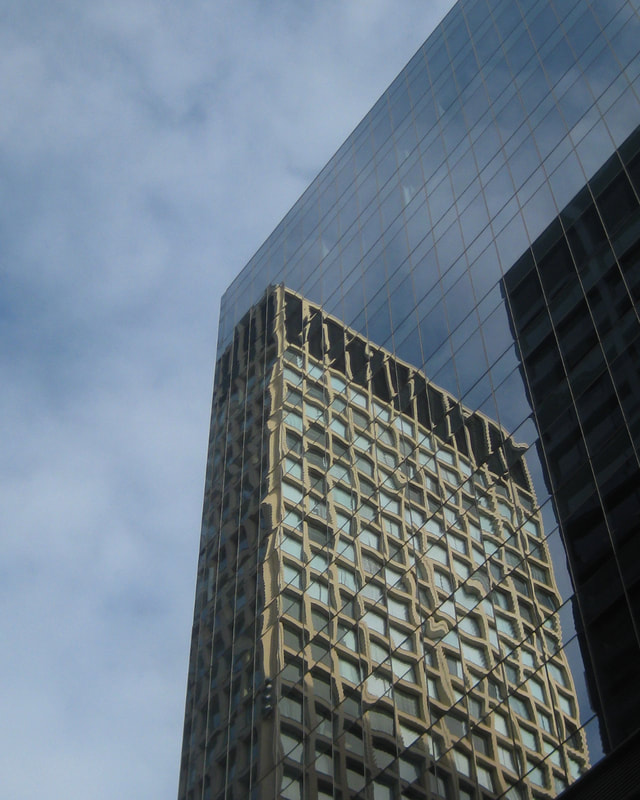 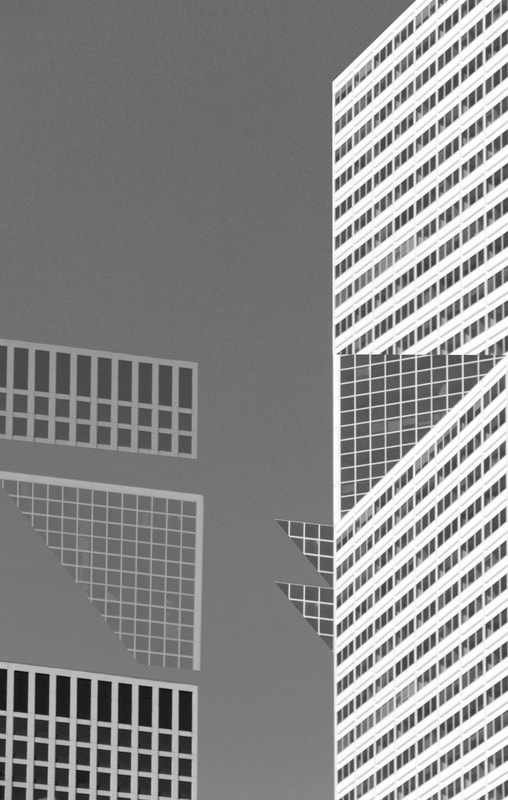 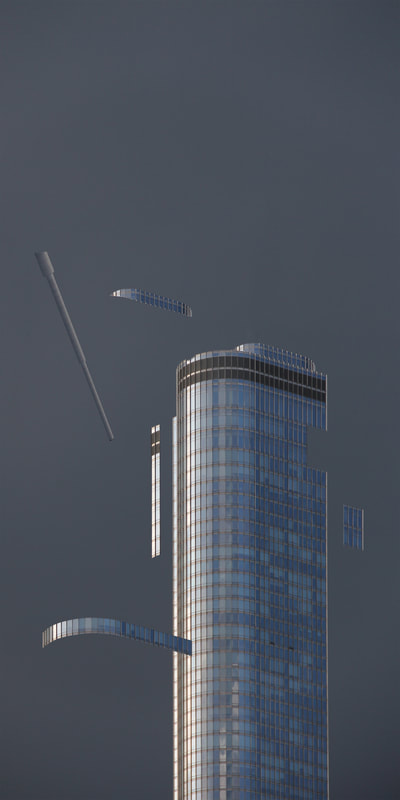 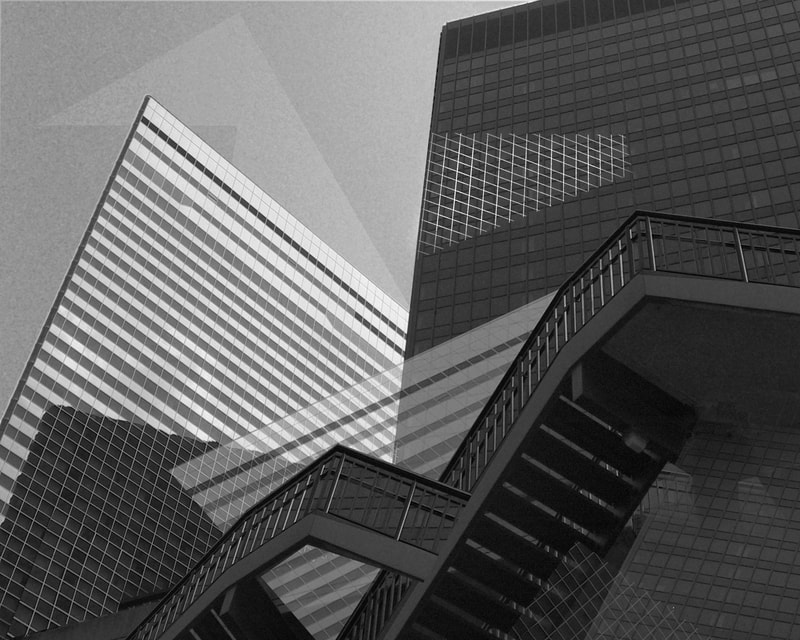 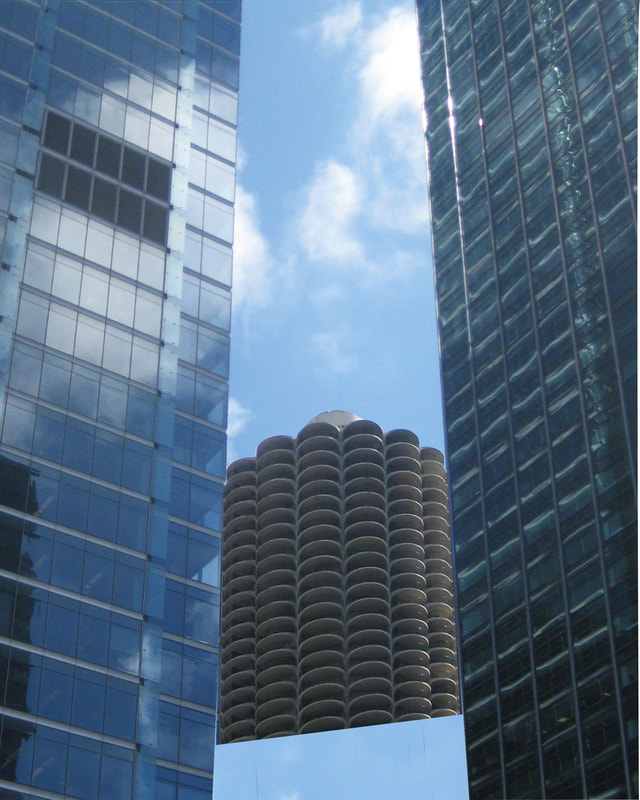 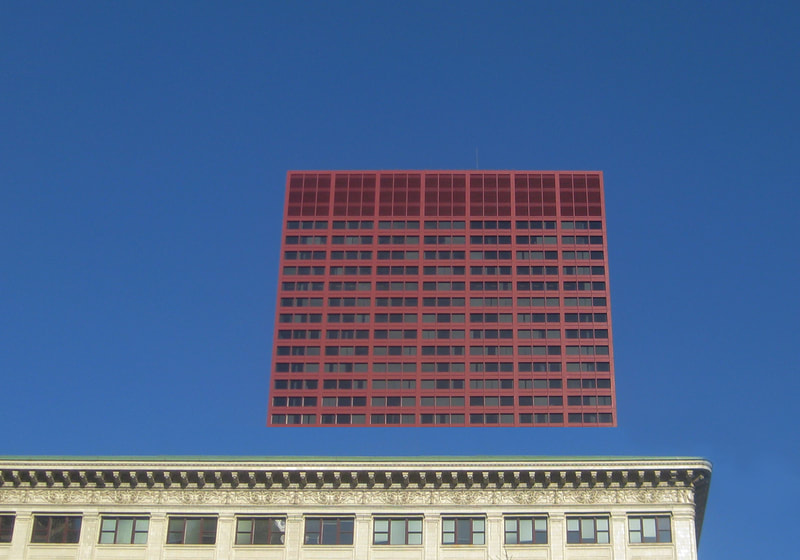 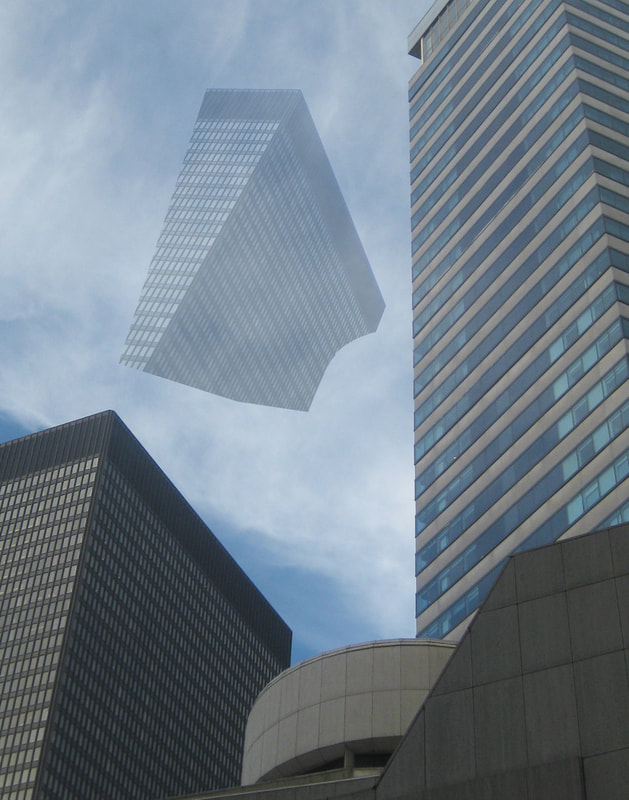